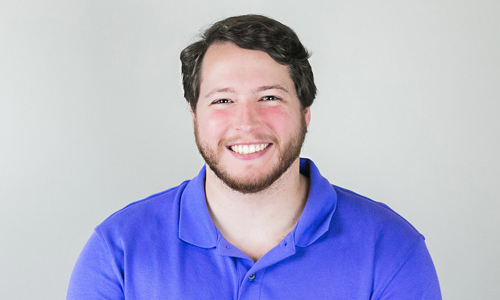 Noah grew up outside of Pittsburgh, Pennsylvania. After graduating high school he earned a Bachelors of Science in Energy Engineering with a minor in Environmental Engineering at Penn State University.

As a child Noah was a regular at his family’s church. He grew up learning about Bible stories and hearing scripture, but he never developed a relationship with Jesus. A foundation was laid for him but he never took the next step for himself. Eventually he took a step back from the church and focused on pursuing a perfect life. His focus turned to earning highest honors in academics, perfecting his stroke for the swim team, holding high ranking positions in various school functions , and achieving the rank of Eagle Scout. The catch was that for each accomplishment checked off of his list he became more and more empty because there was nothing left to work for. Eventually everything seemed in vain and he spiraled into exhaustion and depression. On the brink of ending his own life he had a radical encounter with the Lord that changed his life forever. This encounter was about a month before he started college. A fresh start in life was everything that Noah needed to solidify his relationship with God.

At Penn State Beaver, the satellite campus Noah attended, an established ministry in its infant stages fell into his lap. Being a brand new Christian he was charged with running a ministry. This proved to be one of the most formative times in his walk with the Lord. Noah learned that even though he did not have a deep theological background his obedience to God’s call is all it took to see dramatic change in people’s lives. Four years later after growing in his faith with the help of strong leaders and community in VCF God has called Noah to campus ministry again. Noah is so excited to see redemption and life change for people who were caught in the same trap that he was caught in for so many years.